5 easy ways to avoid multicultural miscommunication at the office

Our communications team, Emma Kobylenski and Stine Halmind, share simple tips on how to communicate when working with a culturally diverse team and how to avoid conflict as a result of multicultural miscommunication.

There is no doubt that working with an international team is exciting and interesting. However, it can also be quite a challenge. Sometimes you don’t even realize it before a conflict arises. This is because it is often hard to spot the myriad subtle differences that affect how we view the world and how we interpret what we see.

Here at Plytix,  we were born international. The founding partners are Danish and Spanish and our team includes people from across the globe. Needless to say, several different cultures - both national cultures and professional cultures - meet in our office every day.

From our experience, basic misunderstandings stem from issues of perspective and a sudden forgetfulness that sometimes, people are just different.

So without further ado: here are 5 ways to avoid miscommunication in a diverse office

Consider your co-workers’ point of view.

A helpful way to understand culture and the impact it has on everyday interactions is through the use of metaphors. First, try to think of culture as a pair of tinted glasses. Your glasses might have a purple tone, while other people’s glasses might have a green or grey tone. If everything you see is tinted purple, how can anyone convince you it’s actually green? And vice versa. If you don’t understand what a co-worker means, or you find his or her behaviour odd, remember that they might have a different view on things. Be curious and learn from each other!

Culture is a pair of tinted glasses

You can also see culture - or rather, the impact of culture - like this: Imagine you take a coin, sit down in front of one of your co-workers, and hold up the coin between you. Ask your co-worker what’s on the coin. Your colleague’s description will sound flawed to you because it doesn’t match what you see. Your co-worker is, however, right about what the coin looks like from his own perspective. Just as there are two sides to a coin, there can be two sides to reality. They are both true, but neither one is complete.

These are overly simplified, slightly dramatized statements used to divide people in categories we can easily comprehend. Perhaps this works for the movies, but in an office (and real-life in general) this leads to conflict.

Stereotyping is a surefire way to build false barriers between teammates.  If someone says “Spanish people are lazy” it might be because he has seen Spanish people having long lunches and the infamous “siesta”. But many Spaniards work the same or more hours than others - they just organize their work in a different way. If you assume they will work less, or be less productive, you’ve already thrown a wrench in your team and at your perception of your team member, and for what?

Another example is the impression that some have that Danes don’t care about other people. It might be because Danes don’t tend to ask private questions, as they’re taught not to interfere with other people’s business. This doesn't mean they don't care about you, actually quite the opposite: to them they are respecting your privacy.

One of the most intriguing parts about working with a diverse team is the first-hand confrontation - and dismissal - of stereotypes. They are just not valid representations of real people; individual traits and differences play a much more prevalent role.

This means language faux pas are inevitable.  It could be as simple as a slight grammar or pronunciation mistake that sends communication into a nosedive. Perhaps a direct translation means something completely different. Or worse, someone thinks a slang term is acceptable for a formal situation, when clearly it's not.

A good way to deal with a  confusing situation is to ask questions in order to adivinate what they mean.

-Adivinate? What’s that?
-- Yes? Like try to figure out what they are saying?
- Oh you mean ‘guess’.
-- Yeah! Oops, sorry, I invented it from Spanish!

(Yep, that’s a real example from our office!)

See? Then you can laugh about it or make a dual google effort to find out if adivinate exists in English. It could serve as a bonding moment instead of an embarrassment.

(Just for the record: Adivinate does not exist in English.)

The takeaway is this: if your coworker says something totally uncharacteristic, inappropriate or baffling, don’t assume they did it on purpose.

And please don’t lecture them on language rules. It is alienating at best.

Be empathetic to the language hurdles others may face; anticipate mistakes in order to avoid being blindsided by something silly.

Pay attention without judging. Be aware that something which seems completely natural to you might have a different meaning in other cultures. For instance, a misplaced peace sign can become extremely awkward in England.

Another example from our office is the way irony is used - in Denmark, it is the most common form of humor, but someone from another culture might get very confused or, worse, very offended.

When you make a joke or a cultural reference, watch how the other person reacts. If they grimace at your irony, they probably don’t understand it. Take a second to explain what happened. Be patient and understanding of their point of view.

Identify the miscommunication so that you can deal with it head on, otherwise it could boil over into something ugly if you let it go without addressing the problem.

Questions are kryptonite to misunderstanding. We cannot stress this one enough.  Asking is the only way to find out what is going on, never assume you know what someone means if you feel uncertain about it. Remember that old line about making assumptions? It rings true here too.

If someone acts in a way you find strange or your co-worker has an odd habit, don’t judge them. Instead, ask the person why he or she acts that way. Be open to learning about them. There is most likely a perfectly good reason for it  and in the odd case there is not, both of you might be inspired to do or see things in a new way.

There is no exact recipe for navigating communication in an international team, but this should provide a solid framework. If you have any advice or stories you’d like to share, let us know! We would love to hear what you have experienced!

Find out more about Plytix and our company culture here.

Is Shopify only for startups?

Shopify is one of the best ways to set up an ecommerce store for the first time. It is simple to... 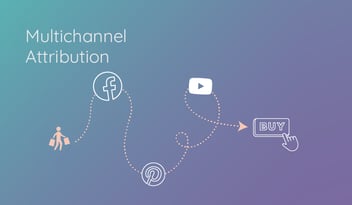 Attribution is how you know which... 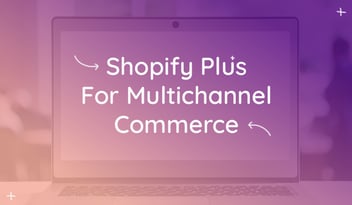 How to Achieve Multichannel Success with Shopify Plus

What a dream—Shopify goes from a Canadian snowboard shop in 2004 to a 130-billion-dollar ecommerce...